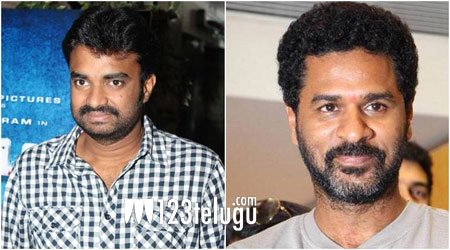 Prabhu Deva was last seen alongside Tamannah in the flop film Abhinetri. Now, he has decided to give a sure shot hit and has teamed up with Abhinetri’s director AL Vijay for yet another project.

The above said project, was launched officially in Chennai today and the shoot will go on from tomorrow. Aishwarya Rajesh will be playing the female lead in this film which will be shot in both Telugu and Tamil simultaneously.

Produced by Pramod films in association with Trident Arts, this film is yet another comedy caper which will also have many Telugu artists playing key roles.