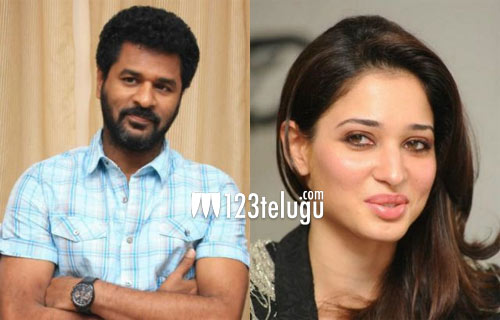 This May 31st, popular pan-Indian stars Prabhudeva and Tamannaah will be setting a rare record. Two films, Devi(l) 2 and Khamoshi, starring both the dancing sensation and the star heroine, are going to hit screens on the same day.

Devi(l) 2 is predominantly a Tamil horror thriller directed by AL Vijay. The film will be dubbed in Telugu as Abhinetri 2. On the other hand, Khamoshi is a Hindi psychological thriller directed by Chakri Toleti. In the film, Prabhudeva plays a psychopath who is on a hunt to kill Tamannaah.

Initially, there was a speculation about both the movies averting the clash. However, the makers eventually decided to go ahead with the8 original plan to release Devi(l) 2 and Khamoshi on May 31, as there will not be much competition during the ICC World Cup season.