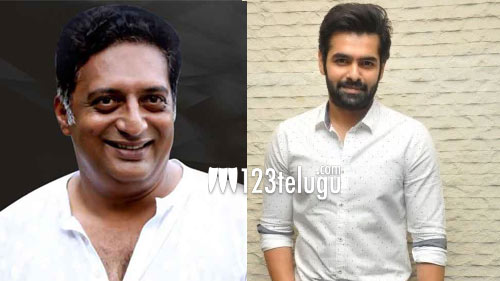 Now that the post-production of Hello Guru Prema Kosame is nearing its completion, some interesting facts about the movie are coming out one after the other.

The latest we hear is that scenes between Prakash Raj and Ram would be quite hilarious in the film. The glimpse of it was already seen in the trailer. Ram and Prakash Raj play father and son in the film and their roles have been written in a fun manner by director Trinadh Rao Nakkina.

Dil Raju produces this film which has Anupama Parameswaran as the female lead.