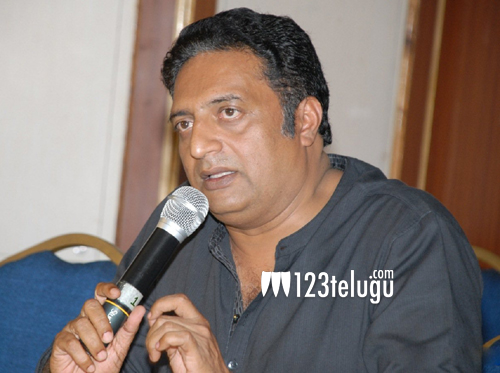 It is a known fact that actor Prakash Raj had a tiff with director Sreenu Vaitla during the making of Aagadu. Immediately, Prakash was replaced by Sonu Sood from that film. Looks like things have taken a even ugly turn, as an emotional Prakash Raj fired on Vaitla for using his heartfelt feelings, as some of the satirical dialogues in his latest film Aagadu.

Speaking to the press today, Prakash strongly condemned Vaitla’s acts, and said that one should work with gratitude but not attitude. Vaitla has been on the receiving end, as his latest flick Aagadu failed to reach audience expectations big time.