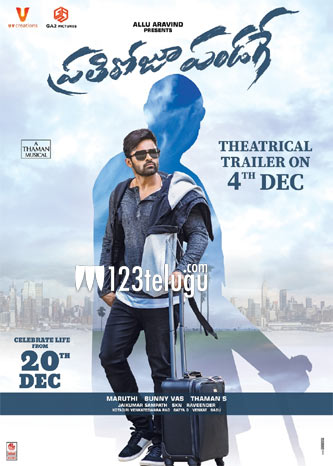 It is a known fact that Sai Dharam Tej is doing a film called Pratiroju Pandage in the direction of star director Maruthi.

The post-production of the film is on in full swing and the latest we hear is that the trailer of the film will be out on the 4th of December.