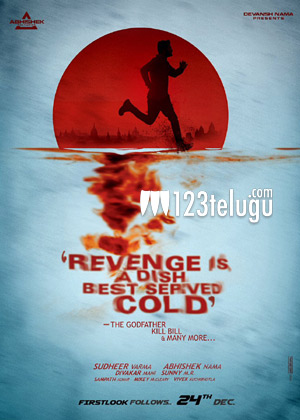 Young actor, Nikhil never ceases to amaze the audience with his films. After the super success of Ekkadiki Potavu Chinnavada, Nikhil is back with yet another film of his now.

Directed by Sudheer Varma, the first pre-look of the film was released today. As expected, the poster is quite intriguing and creates a huge curiosity for the film.

The wordings on the poster and the visuals look quite enticing and makes an interesting built up for the film. The shoot is currently on and Ritu Varma plays the female lead.