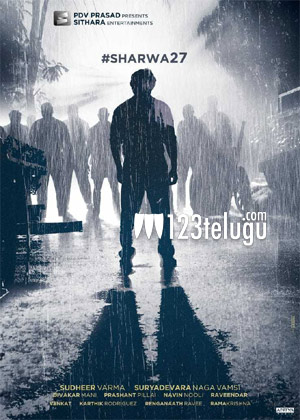 As is the fashion these days, the team of actor Sharwanand’s next film with director Sudheer Varma released a pre-look of the flick, a day ahead of releasing the first look on Saturday.

The silhouetted images in the pre-look of the untitled film have kept people guessing that there could be an element of rebellion and thrill in the film.

The first look will be released at 4:05 pm on Saturday. Starring Kajal Aggarwal and Kalyani Priyadarshan as the female leads, the film is a production of Sithara Entertainments.