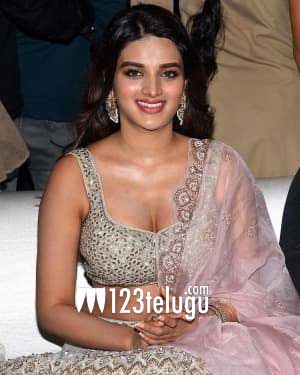 Even though the makers have not made an official announcement till date, there have been several reports last year that young beauty Niddhi Agerwal will be seen in a lead role in Pawan Kalyan’s next film under Krish’s direction. Niddhi even shot a song along with Pawan recently.

In a latest interview with a popular English daily, this as-yet-untitled film’s producer AM Ratnam has said that Niddhi will be seen portraying a never before seen role in the movie and that Krish has designed her character with spunk and emotions. Apparently, the film’s team is very impressed with Niddhi’s performance.

Pawan has been shooting for this 27th film of his career on and off, also catering time for his political activities. The film’s entire shoot is expected to be wrapped up by late summer.