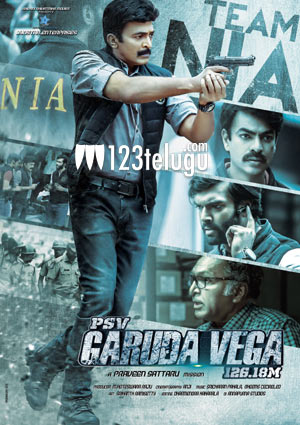 “The unlawful use of violence and intimidation, especially against civilians, in the pursuit of political aims” is the definition of terrorism. Though every law enforcement agency from State Police to RAW is equipped to counter terrorism, NIA has been formed after the dastardly attacks on Mumbai in 2008.

Based on this topic, Praveen Sattaru’s Garuda Vega showcases NIA’s operations, officers, intelligence, equipment, field operations and how they counter threats. Rajasekhar plays a passionate NIA officer who is struggling to balance between his demanding work and his family. His personal life is almost a disaster.

Nasser heads NIA operations in Hyderabad and is a very demanding boss. While Ravi Verma holds the fort with research and technical support. Pooja Kumar of Viswaroopam fame is playing the wife of Rajashekar.