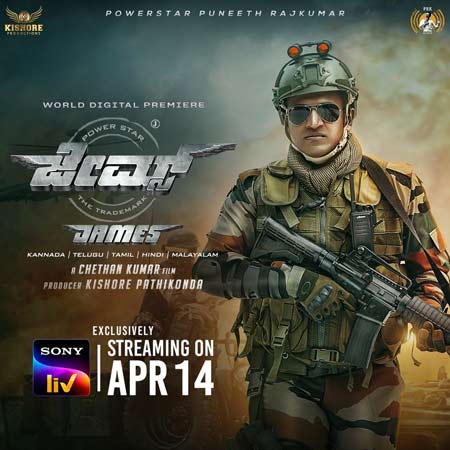 Kannada star hero, late Puneeth Rajkumar’s last movie was recently released in theaters and became a sensational hit, especially in Kannada. Now, the movie is ready to make its debut on the OTT platform.

Sony LIV, which grabbed the post-theatrical rights of the movie, has confirmed that James will be released on its platform on April 14, 2022. The movie will be streamed in Kannada, Telugu, Tamil, Malayalam and Hindi.

Priya Anand played the love interest of the actor in this action drama which also has Srikanth Meka, Anu Prabhakar, Mukesh Rishi and Anu Prabhakar in key roles. Kishore Productions has produced this posthumous film, which has the music of Charan Raj.