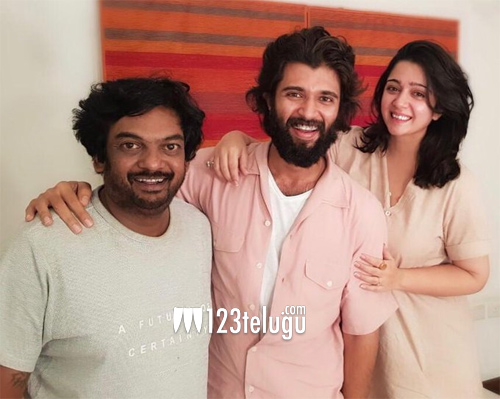 Ever since iSmart Shankar turned out to be a huge blockbuster, there have been constant speculations that Puri Jagannadh will be joining hands with Vijay Deverakonda for his next project. Vijay taking part in iSmart Shankar’s success celebrations added fuel to the fire.

Finally, the official announcement regarding the Puri-Vijay project is out this afternoon. Actress turned producer Charmme took to Twitter and announced that this much-awaited film will commence soon. Although there are rumors that the film could be a sequel to iSmart Shankar, we will have to wait until more details are announced by the makers.

Apart from directing the movie, Puri will also co-produce it along with Charmme. Puri’s wife Lavanya will be presenting the film. Stay tuned for further updates.