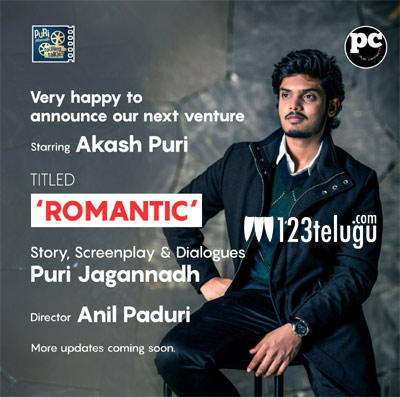 After debuting as a hero with Mehabooba (even though Andhra Pori released earlier and was a considered a child artiste act), director Puri Jagannadh’s son Aakash Puri’s next is finally here. It has been officially announced that the film will be titled Romantic.

Officially launched on Monday, the film is to be directed by debutant Anil Paduri and is touted to be a romantic action entertainer.

Puri will be handling the story and screenplay of the film that he will produce alongside Charmme on Puri Jagannadh Touring Talkies and Puri Connects banners. A search is on for the female lead.