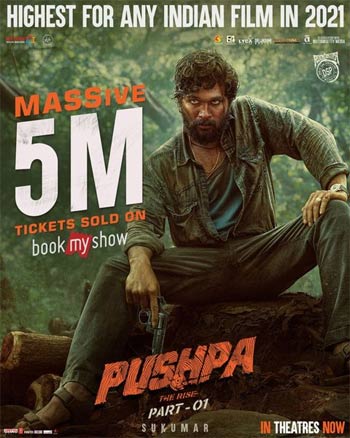 Pushpa: The Rise, which marks the hat-trick movie of Allu Arjun and Sukumar, has been continuing its rage at the box office. Besides, the movie has created another record.

So far, more than 5 million tickets were sold on Book My Show for the movie. It is the highest for any movie in India released in 2021.

Allu Arjun’s Pushpa is in no mood to slow down anytime soon and the film’s Hindi version is also raking in good numbers.