Pushpa themed costumes become pretty famous all over
Published on Jun 14, 2022 1:00 am IST 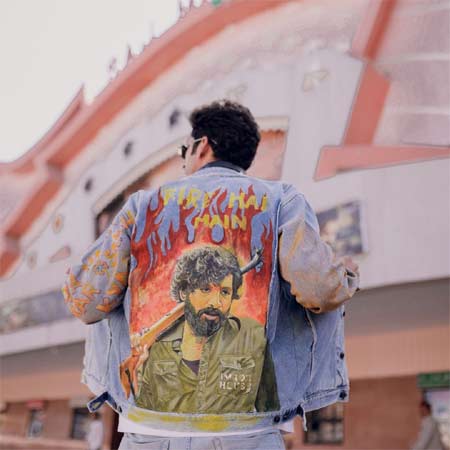 Allu Arjun’s Pushpa became a smash hit all over the country. Even after months of the film’s release, the buzz for the film has not died down mostly in north India.

Now, in the last few days, there have been specially designed jackets and shirts with Pushpa scenes which have become quite popular with the youth.

Seen here in the picture is one jacket which sports Allu Arjun holding an axe and looks funny. These costumes are being sported by many and this theme has become an in-thing.