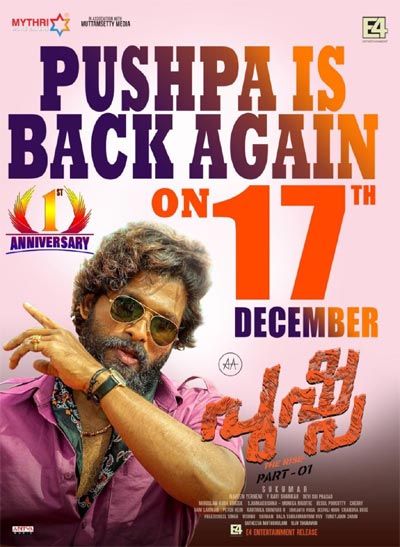 With Pushpa, Icon Star Allu Arjun proved once again that he has a solid following across the nation. The movie ended up being a huge blockbuster in every language it released. The euphoria created by Pushpa Raj is unmatchable, and people eagerly await the release of Pushpa 2.

The big news now is that Pushpa will have a re-release in Kerala on 17th December. As the movie completes one year by this date, it will be back in theatres in Kerala, the area which is a fort for Icon Star. E4E group will be re-releasing the movie in this region.

Rashmika Mandanna played the female lead in this mass entertainer, which has a fantabulous album by Devi Sri Prasad. Mythri Movie Makers produced this biggie that is helmed by genius director Sukumar.