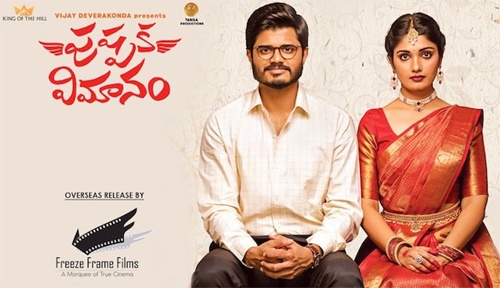 Pushpaka Vimanam which released in theatres on November 12th is now gearing up for its digital release.

The film will be premiering on Aha Video from the 10th of December. It is arriving on OTT four weeks after its theatrical release.

Pushpaka Vimanam is a comedy entertainer directed by Damodara. The film has Anand Deverakonda in the lead role and it is co-produced by Vijay Deverakonda.

The film revolves around a deceptive school teacher who is in search of his wife who has eloped soon after their marriage.