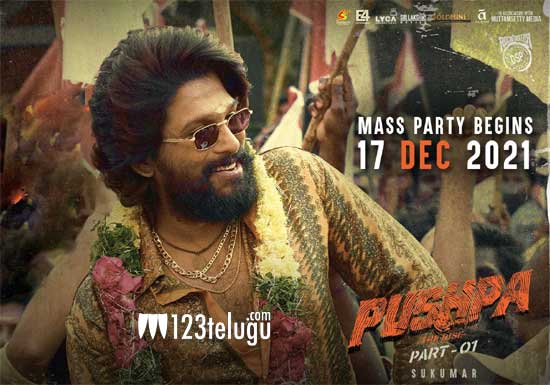 Allu Arjun and Sukumar’s hat-trick film, Pushpa The Rise, released earlier today amid sky-high expectations. Fans are in awe of Allu Arjun’s intense performance as a Red Sanders smuggler in the Seshachalam Forest. As expected, the film has taken a flying start at cinemas across the world.

According to the latest updates, Pushpa The Rise has crossed the Rs 10 crore share mark in Nizam on its opening day itself. The actual figure will be published along with the worldwide day one collection report in a few hours. Going by the initial trends, the film is sure to emerge as the highest day one grosser among the Telugu movies that released in 2021 so far. Stay tuned for Pushpa’s detailed worldwide day one collection report.