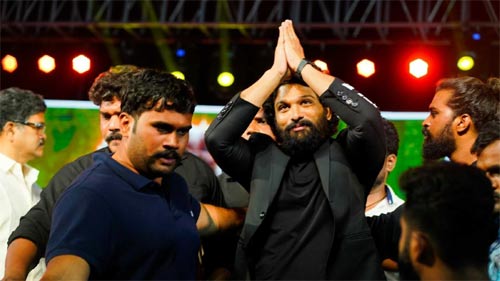 Pushpa has become the talking point all over. The film has created new records in many areas and has caught the imagination of the Hindi stars as well.

The makers held the success celebrations in Tirupathi and close to 35000 people turned out to the event showcasing Bunny’s massive craze.

This event has indirectly given more hype to the film. Allu Arjun’s speech, the way the show was held was talked about all over the country.

This has given a good hype to the second part of Pushpa whose shooting will start in February onwards. Sukumar has directed Pushpa and the success celebration will continue in Chennai today. 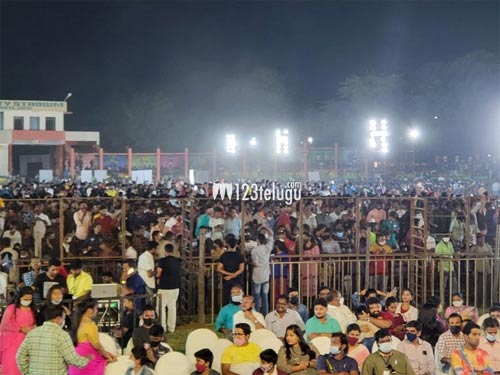