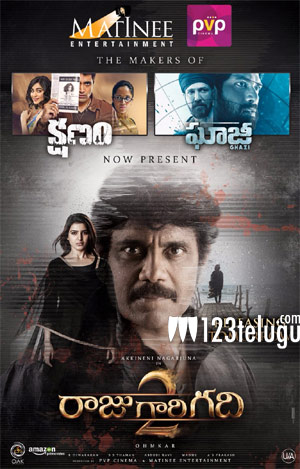 PVP Cinema and Matinee Entertainments joined hands for the suspense thriller Kshanam and the result was a super hit. They then continued their winning streak with their second film Ghazi.

Not only did Ghazi did decent business, the film brought them nationwide recognition. Now, their third collaboration, Raju gari Gadhi2 has been declared a hit and is doing good business all over.

The film in its first three days only has collected over 9 crores which is pretty good for a film which has been made on a budget of close to 15 crores.

This clearly proves the taste of PVP and Matinee Entertainments who picked up Ohmark’s story, backed it and also promoted the film on a huge level.