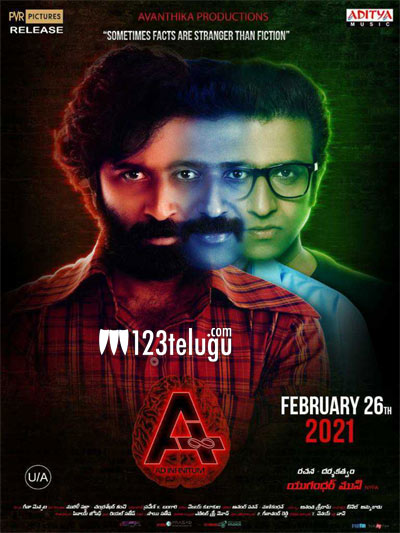 The psychological upcoming thriller, A, has just got a big boost in the form of PVR Pictures. The leading multiplex chain’s distribution wing will be releasing A on February 26. Apparently, the representatives of PVR Pictures recently watched the movie and were bowled over by its unique concept.

A features young actors Nithin Prasanna and Preethi Asrani in lead roles. The film’s intriguing teaser was launched last year and it received rave reviews and raised the expectations on the film. The film has been censored by the CBFC with a UA certificate.

A consists of a team of technicians who have graduated from reputed film schools in India. The film has been directed by debutant Ugandhar Muni and produced by Geetha Minsala under Avanthika Productions banner. Vijay Kurakula is the music composer.