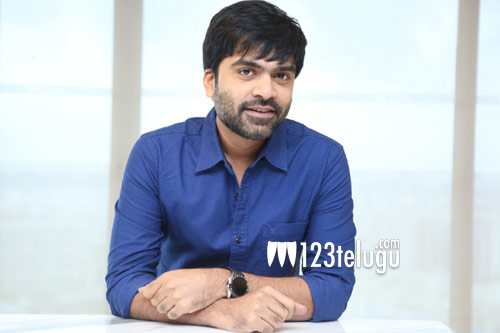 Kollywood hero Silambarasan, fondly called as Simbu by his fans, will soon be seen in the political sci-fi thriller, Maanaadu. The film is releasing on November 25. The film’s Telugu version is titled The Loop. Simbu landed in Hyderabad yesterday to promote The Loop.

During a promotional interview with the Telugu film media, Simbu looked back at his career and said that at one point, he went into depression as his career was at stake. ” I worked hard and reformed myself. I quit drinking and eating non-veg and reduced 27 kilos. I have been working quite hard on Maanaadu for the last 3 years. All the difficulties I had faced over the years came as a flash and that’s why I was moved to tears at Maanaadu’s pre-release event,” said Simbu.

Also starring Kalyani Priyadarshan and SJ Suryah in lead roles, Maanaadu (The Loop) is directed by Vikram Prabhu and produced by Suresh Kamatchi.