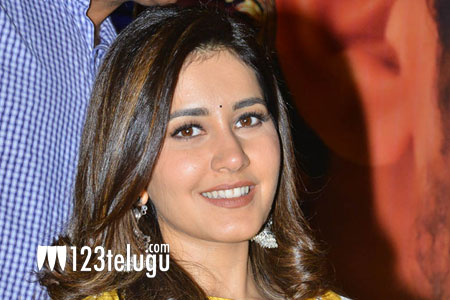 While the Telugu remake of Tamil superhit film Ratsasan will star Bellamkonda Sreenivas as the male lead, a search is on for the female lead of the film.

And it is the buzz that Raashi Khanna is in talks for the same. The makers were apparently looking for a fresh face initially but went ahead for an established face since they felt that could get the film a good market.

It is to be seen if this collaboration works out.