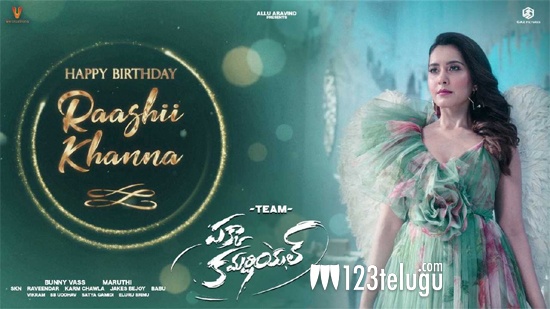 After staying low for a while, Raashi Khanna is back in the game with back-to-back films in her kitty in both Hindi and Telugu.

One of them is Pakka Commercial with Maruthi. As it is Raashi’s birthday, the makers revealed a small glimpse of Raashi from the film.

Raashi is shown as an angel and she looks gorgeous. She plays a lawyer in the film which has Gopichand as the main lead.