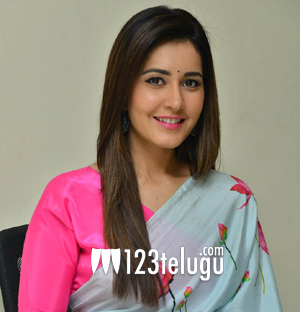 Raashi Khanna’s career is going great guns in Tamil cinema. After she made an impressive debut last year with Imaikaa Nodigal, she went on to score another hit with Adanga Maru with Jayam Ravi.

The latest news is that she has been chosen as the lead actress in acclaimed actor Vijay Sethupathi’s forthcoming film to be directed by Vijay Chander. The film is said to be a complete entertainer set in a village and it is going to a proper commercial film.

The actress will also be seen in the Ayogya, the Tamil remake of Temper, where she is paired with Vishal. And then, there is also Kranthi Madhav’s next which also has Vijay Devarakonda playing the lead role. All in all, 2019 is turning out to be a busy year for this talented actress.