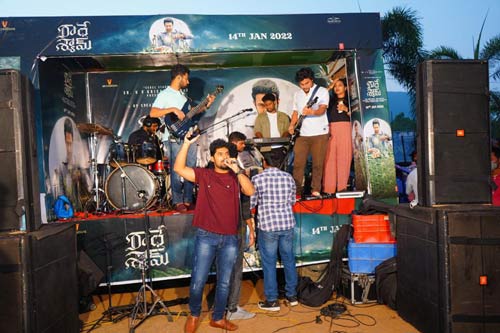 Radhe Shyam, the most anticipated film in Indian cinema at the moment. Prabhas and Pooja Hegde starrer is up for theatrical release on January 14 and the film is riding high on expectations already.

Now, Radhe Shyam’s musical tour has begun in Vizag. A promotional wagon with Radhe Shyam’s posters imprinted all over it has been inaugurated by fans and it will be extensively used to promote the film through offline mediums.

It is heard that the actor Prabhas will be actively taking part in the film’s promotions from January 7. He will be interacting with pan-India media outlets to promote Radhe Shyam.

Radhe Shyam is a love drama directed by Radha Krishna Kumar. Produced by UV Creations the movie will be released in 5 Indian and 2 foreign languages.