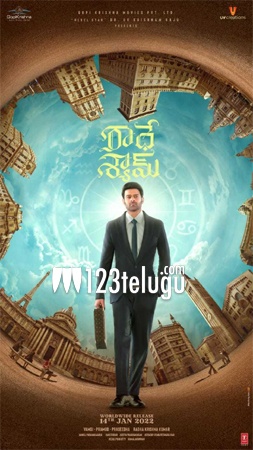 There is a lot of confusion pertaining to the Sankranthi release window as three biggies RRR, Bheemla Nayak, and Radhe Shyam are gearing up for theatrical release in a week’s span.

While RRR releases on 7th January, Bheemla Nayak and Radhe Shyam have locked 12th and 14th January respectively. It is heard that the producers guild is trying to get at least one of these three biggies to opt out of the Sankranthi race in order to avert a head-on clash at the box office.

As things stand, the makers of Radhe Shyam are determined to release the film on 14th January. They are in no mood to alter the release date whatsoever. The film will stick to January 14 release slot. Same might be the case with RRR as well. The makers of the Rajamouli directorial affirmed that the film will be releasing on 7th January. The call needs to be taken by the makers of Bheemla Nayak now.