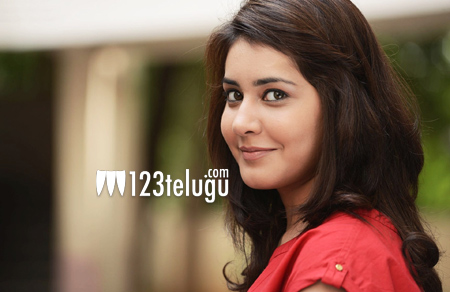 Rashi Khanna, the gorgeous Delhi beauty, is playing the heroine’s role in Sai Dharam Tej’s upcoming film ‘Supreme’. The actress is going to be seen in a full length comedy role in this movie and guess who the inspiration is for this character? It is none other than veteran actress Radhika.

Supreme is currently in postproduction phase and the movie is gearing up for a release in early May. The audio album was released recently and Sai Karthik composed the music.