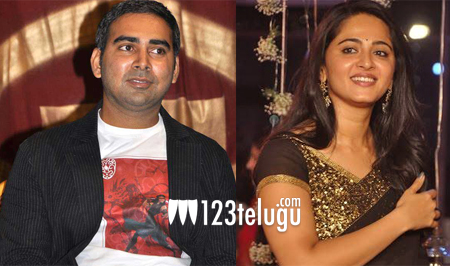 Legendary director Raghavendra Rao’s son Prakash has tried his hand at direction in the past. While one venture won critical acclaim, his second movie was Anaganaga oka Dheerudu and it ended up as a failure.

Now, he is all set to try his hand at direction once again. He will be making a lady oriented movie with the beautiful Anushka now. According to reports, this movie will be produced by Potluri Vara Prasad and Keeravaani might compile the audio tracks.

The movie may be formally launched or announced on November 7th, on the occasion of Anushka’s birthday.