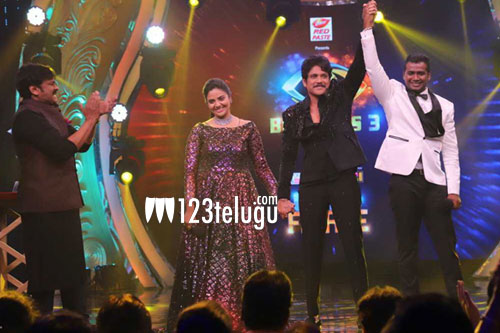 It was a glitzy finale for Bigg Boss Telugu Season 3 tonight. The curtains have come down for the 100-day long show that packed entertainment, laughter and emotions. In the end, it’s the hot favorite Rahul Sipligunj who has walked away with the title and the Rs 50 lakh cash prize. Chief guest Megastar Chiranjeevi handed over the trophy to Rahul amid some emotional moments.

With Varun Sandesh and Ali Reza being eliminated initially, it was a tough clash between Baba Bhaskar, another hit favorite Sree Mukhi and Rahul Sipligunj for the title. Eventually, Rahul pulled off a major surprise beating Sree Mukhi, who ended up as the first runner-up.

Tonight’s final saw glamorous dance performances by young beauties Catherine Tresa, Nidhhi Agerwal and Anjali. Actress Raashi Khanna and her Pratiroju Pandage director Maruthi and senior hero Srikanth also made special appearances in the show. All said and done, it was a fantastic show led by the charismatic Nagarjuna, who cast magic with his energetic hosting. 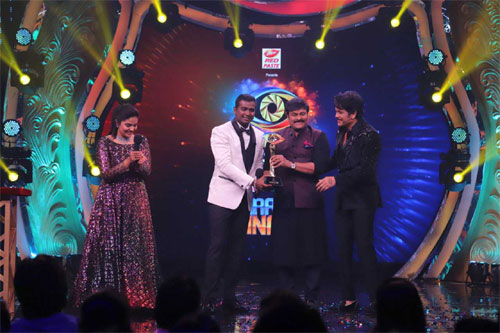