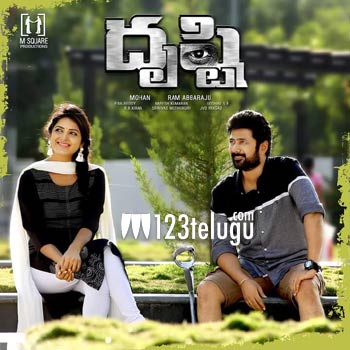 Actor Rahul Ravindran’s upcoming film, Drushti, had its first look released by Samantha last month. Now, the latest update is that the film’s teaser will be unveiled today at 3:30 pm.

Drushti has Pavani Gangireddy as its female lead. Ram Abbaraju is the film’s director and Mohan has produced the movie under M Square Productions banner. The entire shooting formalities have been completed and the post-production work is underway currently.