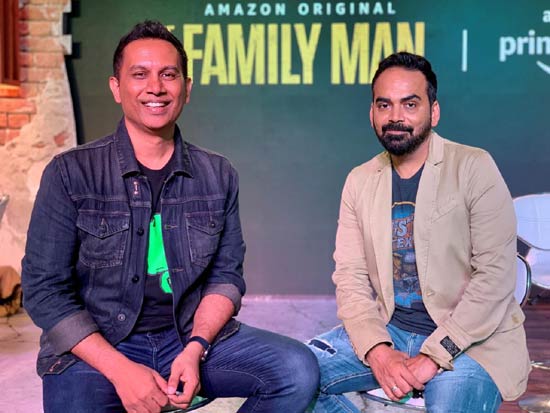 The trailer for Amazon Prime Video’s much-awaited spy thriller series, The Family Man 2, was released last week and it has been given a unanimous thumbs up by the audience. So far, trailer has garnered over 33 million views, proving the hype and excitement surrounding the series’ digital premiere.

Earlier today, The Family Man’s creators Raj and DK interacted with the media and opened up about various aspects of this series and the ongoing controversy over the portrayal of the LTTE rebels. The directors said that they believe that this season will truly represent the linguistic and cultural diversity of India. It is genuinely a pan-India show.

Talking about the controversy, Raj and DK said that some assumptions and impressions have been made based on just a couple of shots in the trailer. “We are very cognizant of the sentiments of the Tamil people and Tamil culture and have nothing but the utmost love and respect towards our Tamil people. We have put in years of hard work into this show, and we have taken great pains to bring to our audiences a sensitive, balanced, and riveting story. We request everyone to wait and watch the show when it releases. We know you’ll appreciate it once you watch it,” they said, also adding that Samantha will be playing a brave role in the series.