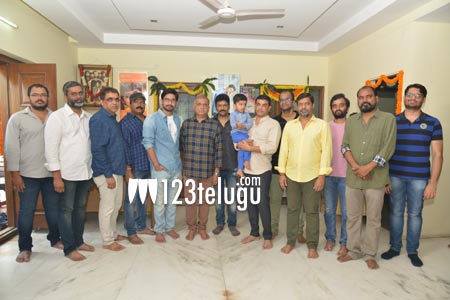 It’s well-known that young hero Raj Tarun has been roped in by producer Dil Raju for his next production venture. The film, titled Iddari Lokam Okate, was launched with a formal puja ceremony this morning. Veteran writer V Vijayendra Prasad sounded the first clap and Prasad switched on the camera. Dil Raju’s grandson Aaransh directed the first shot of the movie.

Iddari Lokam Okate is a youthful family entertainer. GR Krishna is making his directorial debut with the movie. Ace cinematographer Sameer Reddy will be cranking the camera and noted writer Abburi Ravi will be penning the dialogues for the movie. Details about the film’s heroine and other cast and crew members will be announced soon.