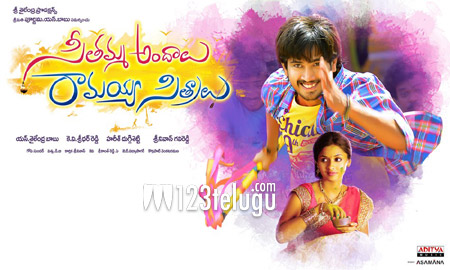 Young hero Raj Tarun, who is high on the success of his latest film Kumari 21 F, is gearing up for his upcoming film Seethamma Andalu Ramayya Sitralu’. Shooting of this film has been wrapped up and the post production works are going on a brisk pace.

The teaser of the film was released a short while ago and the film promises to be a fun romantic entertainer like Raj Tharun’s previous projects. Once again, Raj Tharun is showcased as the boy next door with his trade mark dialogues.

Artana is cast as the female lead in this romantic entertainer. Directed by Srinivas Gavireddy, this film is jointly produced by S. Shailendra Babu, K.V. Sridhar Reddy, Harish Duggishetti.