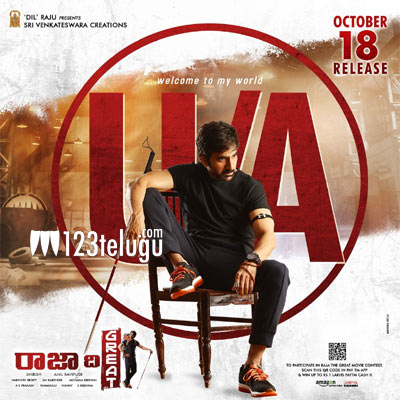 Raja The Great is one film which has been creating a huge buzz all over. The film has now completed its censor formalities with an U/A certificate and is ready for a release on the 19th of this month.

Anil Ravipudi directs this film which is his third after Supreme and Patas. He is looking for a hattrick of hits and the inside sources reveal that the film has turned out quite well.

Ravi Teja is making a comeback after a long time and lovely beauty, Mehrene is playing the female lead. Dil Raju is the producer.