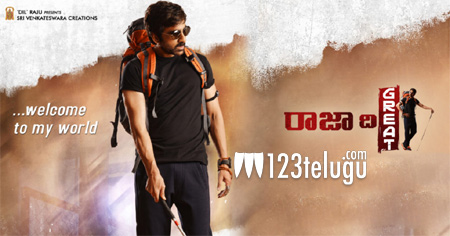 Its laughing time for Ravi Teja and company as his new film Raja The Great has hit the bull’s eye. Within no time, the film has touched the 25 crore mark and is doing well all over.

The second week will be quite crucial for the film as movies like Vunnadi Okkate Zindagi and Adirindi are releasing this week. Dil Raju did his bit and promoted the film quite well.

Also, the good entertainment in the film has managed to bring the audience to the theaters. Anil Ravipudi directs this film which has Mehrene as the female lead. Sai Karthick scored music.

Here are the detailed collections as given by the production house.