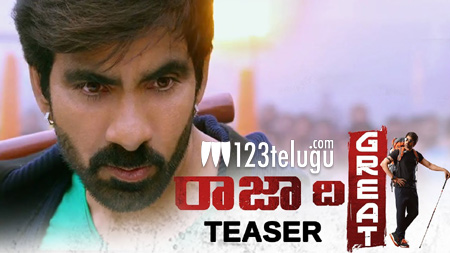 On the occasion of India’s 71st Independence Day, the makers of Ravi Teja’s upcoming film, Raja The Great, unveiled the film’s teaser. Ravi Teja’s role as a visually challenged man and the underlying spirit of the teaser struck a chord with the audience.

Raja The Great has been shot extensively in Hyderabad and Darjeeling. The film will be hitting the screens in October second week. Mehreen is romancing the Mass Maharaj in the movie. Anil Ravipuidi is directing the movie and Dil Raju is producing it. The film’s audio album, composed by Sai Kartheek, will be unveiled soon.