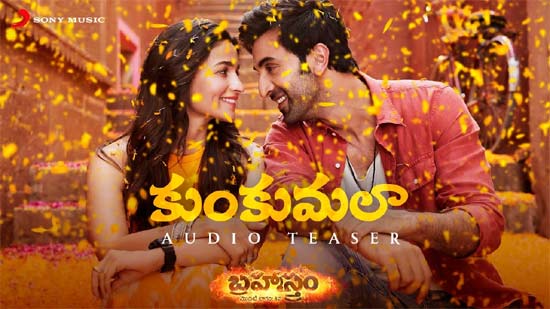 Brahmāstra is one of the most-awaited Bollywood movies in recent times. Directed by Ayan Mukerji, the socio fantasy movie has the young star couple Ranbir Kapoor and Alia Bhatt as the lead pair.

The latest news is that the RRR director SS Rajamouli has released the video glimpse of the movie’s first song, Kumkumala. Composed by Pritam and sung by Sid Sriram, the song is good to hear. Chandrabose has penned the lyrics.

Having Tollywood actor Nagarjuna, Amitabh Bachchan and Mouni Roy, the multilingual biggie is all set to hit screens on September 9, 2022, worldwide.

Excited to be presenting in Telugu.

See you in cinemas on September 9th! https://t.co/ZyDQzM9g8J