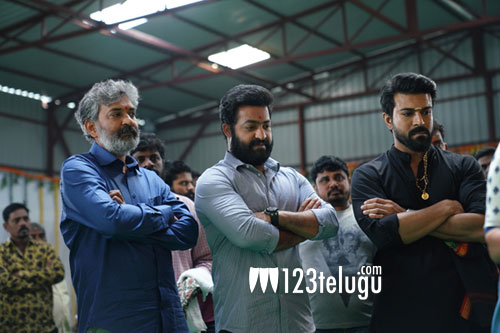 Star director, Rajamouli has been busy shooting for his new film RRR from the past two weeks. The news now is that he has wrapped up shooting of the first schedule.

The star director canned one of the best fight sequences of the film featuring NTR and Ram Charan. This news was revealed by Rajamouli himself through a tweet and he also requested everyone to vote as the state of Telangana is going for its elections tomorrow.

RRR is produced by DVV Danayya and has music by Keeravani.

Done with the first schedule of #RRR. Now it’s time to cast my vote!
Are you ready to cast your’s?