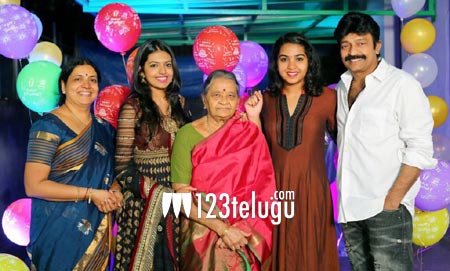 Senior film star Rajasekhar’s mother, Aandal Varadharajan, passed away in Hyderabad today morning. Aandal breathed her last while undergoing treatment at Apollo Hospital. Aandal was 82. She is survived by her three sons and two daughters. Rajasekhar is Aandal’s second child.

Friends and well-wishers from the film industry paid a visit to Rajasekhar and expressed their condolences on his loss. Aandal’s mortal remains will be kept at Apollo Hospital till 5 pm today. Her last rites will be performed in Chennai. 123telugu.com expresses its deepest condolences to the bereaved family.