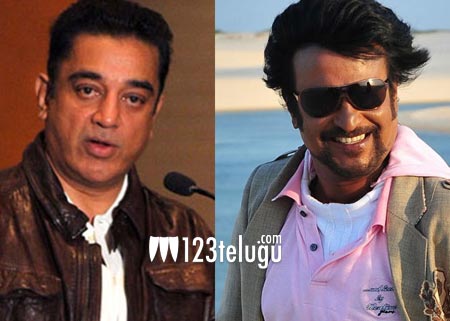 Joining the list of people who wished the legendary actor now is none other than Kamal’s longtime friend and Super Star Rajinikanth. Today, Rajini took to Twitter and wished Kamal in Tamil. Rajini equalled Kamal Haasan with the legendary Sivaji Ganesha and called Kamal as the Nadigar Thilagam of present day Tamil cinema.