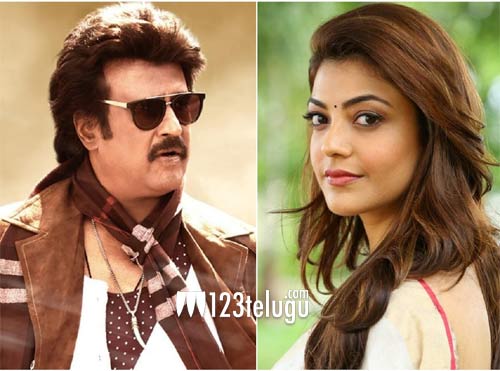 Star heroine Kajal Aggarwal’s latest Tamil film, Comali, will be hitting theaters on August 15. The film’s hilarious theatrical trailer was unveiled a few days ago. Comali, also starring Jayam Ravi, showcases the story of a man who wakes up from coma after 16 years.

The last shot in Comali’s trailer ends with a subtle yet sarcastic jibe at Super Star Rajinikanth’s much-awaited political entry. In this controversial shot, the protagonist wakes up from coma and asks the sidekick for the year and the sidekick replies saying it’s 2016.

Exactly at that point, the TV shows Rajinikanth’s December 2017 press meet in which he states that he will enter politics soon. The protagonist says that he has heard the same statement in 1996. This didn’t go down well with the Thalaivar fans who have been trending #BoycottComali and are also demanding Comali’s team to remove the scene and tender an apology.