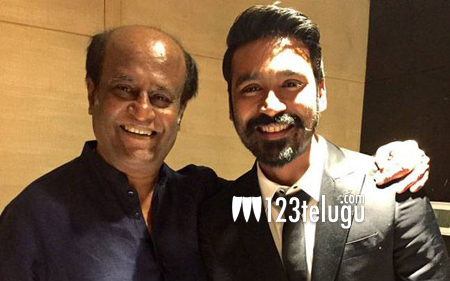 Superstar Rajinikanth is going to work with his son in law Dhanush very soon. Dhanush just confirmed via Twitter that he will be producing a movie with Rajinikanth as the hero and Kabali director Pa Ranjith will be in charge of the film once again. The movie has worked out reasonably well for distributors in Tamil Nadu.

Regular shooting will begin after Rajinikanth’s Robot 2.0 releases. The big budget film will once again be a social thriller, according to media reports coming out of Chennai. Wunderbar Films banner will be the production house. Other details about the movie will be announced soon.

I'm so proud and honoured to announce our production's next film #WunderbarFilms pic.twitter.com/7T3tmy4Cre