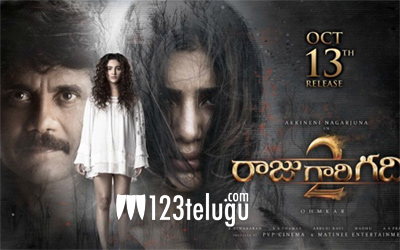 Raju Gari Gadhi2 is one film which has impressed many. The star combination of Samantha and Nagarjuna is pulling the crowds to the theaters quite well and the situation in the Nizam area is even better.

The film has made 1.38 and 1.08 crores on the first two days respectively. The third-day collections were equally better as the film made a share of 1.32 crores. With this speed, the trade pundits expect that the film will easily touch the 8 crore mark in just the Nizam area.

As the film is made on a budget of 15 crores, these collections will make the producers quite content. The money coming in from other areas such as ceded is also good as the horror comedy might rake in up to 3 crores making the producers even happier.