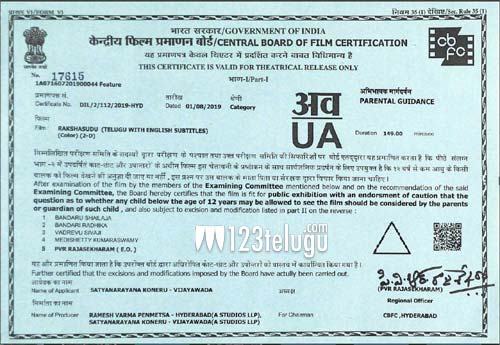 Rakshasudu is a film which needs to click at any cost for Bellamkonda Sreenivas. The film has completed its censor already and now the latest we hear is that the run time of the film has been locked for 2 hours 29 minutes.

The film is a remake of the Tamil hit Raatsasan which had Vishnu Vishal in the lead role. The original version was 2 hours 50 minutes long but the Telugu version has been made crisp to make the thriller even more gripping.

Slated to release tomorrow, the film has Anupama Parameswaran as the female lead. Rajeev Kanakala will be seen in a key role.