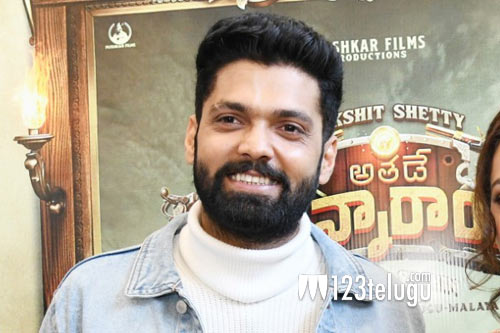 Rakshit Shetty, Shanvi starrer Avane Srimannarayana is one of the most eagerly awaited Kannada films of the season. The film, which has been directed by Sachin Ravi, is slated for release soon in Telugu, Tamil, Malayalam, and Hindi.

Meanwhile, the film’s original version released today in Kannada and it has opened to rave reviews and packed houses. Critics praised Rakshit’s performance and the film’s screenplay, and word of mouth too is positive. It remains to be seen if it captivates audience’s attention in Telugu.

After the likes of KGF and Pailwaan, Avane Srimannarayana is the latest Kannada film to test its luck in other languages. The Telugu version, titled as Athade Srimannarayana, is slated for release on January 1.