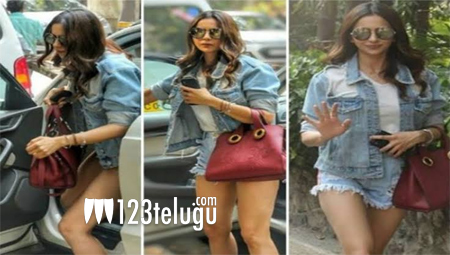 It’s well known that a Twitter user had made an obscene and derogatory comment on a photograph posted by star heroine Rakul Preet Singh a few days ago. In an unexpected response, Rakul shocked everyone by using strong language to blast her troll.

In a latest interview while promoting Dev, Rakul opened up about the controversy and explained why she had to react in such a harsh manner. “I had posted my picture on my Twitter account. People made a big issue out of it. That day, I reacted like a common girl and not a celebrity. I could have been graceful in my reply, but nobody listens if you plead them not to behave in a particular way. That’s why I had to be harsh,” said the star heroine.