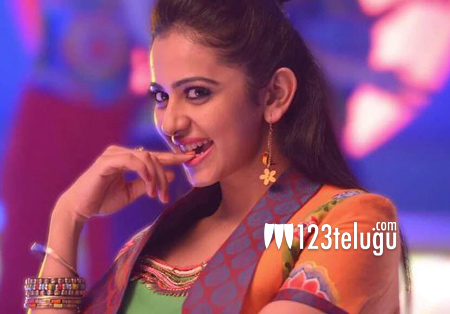 Some time back, we have revealed that Allu Arjun’s Sarainodu will have both Rakul Preet and Catherine Tresa in some very interesting roles. Latest update reveals that Rakul Preet’s chemistry with Bunny has turned out supremely well and Rakul is expecting some positive feedback from the audience.

The talented actress has pinned a lot of hopes on this project and is expecting this film to be a hit and bring her back on to the top. Reports coming in suggest that the film has turned out supremely well and Allu Arjun’s fans will be in for a real feast.

Directed by Boyapati Sreenu, Sarainodu has Anjali doing a special song. After a long gap, Bunny will be seen in a mass role which is set to showcase him like never before.