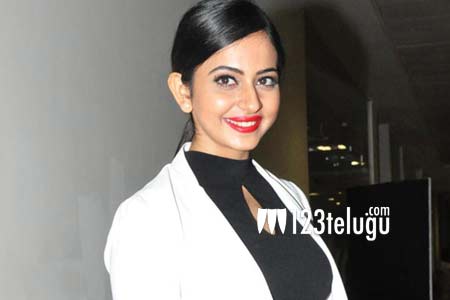 She entered the Telugu industry through small films and then went on to capture Mega heroes. With the recent hit Sarainodu in her kitty, she is busier than ever and has no time for marriage.

However, when quizzed about it she laid a unique condition. “Only after I act opposite Mahesh Babu, I will think of marrying” said Rakul in a quirky way.

Rakul is currently busy with Dhruva opposite Ram Charan and is also doing another film with Sai Dharam Tej. She will also mark her re entry into the Tamil film industry with actor Vishal.