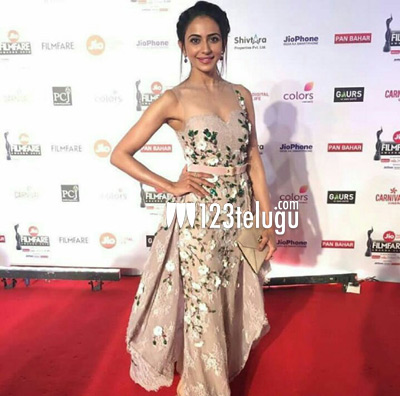 Rakul Preet shocked everyone when she graced the Filmfare Awards last night in Mumbai. She has lost oodles of weight and people couldn’t stop talking about how slim she looks now.

The actress, who is awaiting the release of Aiyaary, has signed another Hindi film in which she is paired opposite Ajay Devgan. Buzz is that Rakul lost weight as part of preparation for the role. The film’s shoot began recently and it will be interesting to see what her role in the film is.

Apart from this film, Rakul will also be seen in Suriya’s upcoming film in Selvaraghavan’s direction. More details are awaited about this much awaited Tamil film.