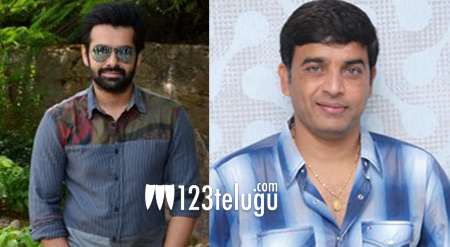 Star producer Dil Raju and young hero Ram are thrilled with the positive response for their recent outings Raja The Great and Vunnadhi Okate Zindagi respectively. Incidentally, both Dil Raju and Ram had worked together on Rama Rama Krishna Krishna way back in May, 2010.

If the ongoing reports are anything to go by, Ram and Dil Raju are all set to team up once again after seven years. Apparently, Ram was impressed with the quirky story narrated by Nenu Local’s director Nakkina Trinadha Rao, and gave his nod recently.

Dil Raju is going to produce the Ram-Trinadha Rao movie, which is touted as a unique romantic entertainer. We will have to wait for an official announcement in this regard.